PHOTOGRAPHY IS A RELIEF

40 years of my professional life has passed as an engineer, dealing with heavy projects. Photography gave me the chance to exit to a new environment where I could breath and make good friends. 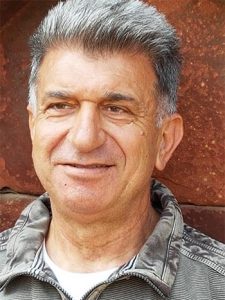 Born in April, 1954. Graduated from Middle East Technical University (METU) Mechanical Engineering in 1978. I am a retired from professional life in 2016.
My journey at the Photograpy World started as a hobby in the seventies, evolved to street and documentary photography in recent years after attending basic photography and other courses at Mersin Photographic Association (Turkey) in 1992.

Between 2000- 2007 I was within the pioneers to form the Photography Club as a hobby group inside METU Graduates Istanbul Association namely FÇG. Beside giving basic photography courses to the graduates, I alos took part within ile groups photography projects.

At recent years I have concentrated at documentaries about my birth place village and Antiochia where I grew up. There are lots of cultural heritage subjects, not recorded but still exist against modern day life. I try to document them, so that next generations make use of them. I have completed documentaries about  Antiochian Orthodox Community, Traditional Olive Culture and Eastern Celebrations at Antiochia. I had the chance to open exhibitions and share photoshows on these subjects inside and and outside of Turkey.

In summary, I try to be useful to the society, by using the art of photography as a way of expressing myself for the social and cultural subjects I care.